Does your thinking run away with you?

Ever find yourself reacting in an unhelpful way? Find your emotions running away with you and before you know it you’re in a “right state”? Wish you could redirect your thinking? 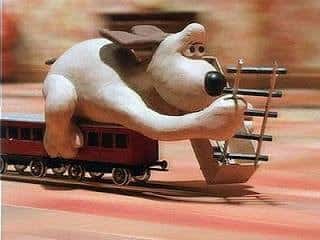 Maybe you’re one of the many people who find presentations  a challenge, perhaps you feel uneasy and for some quite sick as you walk into the room to deliver the presentation – would you prefer to perhaps feel excited and energised instead? Sports personalities have long used Swish Patterns to help on the pitch/tee/ring … instead of being motivated by nerves (which is a subset of fear, and fear harms the body) they often perform better if motivated by anticipation, excitement or some other positive emotional state – that’s much better fuel for the body. Perhaps you have children about to sits exams – and they could install a new way of preparing for the exam hall – with no nerves.

Responses are automatically triggered by a cue (i.e. you don’t consciously decide to think or act in a particular way, it just happens – just like when the Doctor bangs your knee with a hammer and your leg shoots up). With a Swish Pattern, once you know the trigger you can give yourself a choice, a more compelling choice and thus your thinking is re-directed in a more resourceful way every time you experience that specific ‘trigger’ in a given context.

Richard Bandler first wrote about Swish Patterns in his book ‘using your brain for a change’ which was published in 1985, based on seminars Bandler had conducted in 1982. So, Swish Patterns have a long history, and are still as useful to day as they were back then.

What if you had a choice in terms of how you unconsciously directed your thinking, and in turn your emotions? What if you would spare yourself the heartache or energy drain of ‘the emotion that ran away with you’ and confidently knew you had a more compelling choice in the future to do something else instead? You could have a new compelling choice, imagine what a difference that would make …

We use Swish Patterns in our coaching with clients to help them quickly and effectively provide more choice at an unconscious level, and it’s also one of the sub modality techniques we teach on our NLP Practitioner courses, which mean our delegates not only get to install compelling choices in themselves but also learn and practice using Swish Patterns so they are confident using them to help other people.