Willpower: the key to more willpower is belief

Many people believe they could improve their lives if only they had more of that elusive quality known as willpower. With more willpower would we eat what we should, exercise, save for 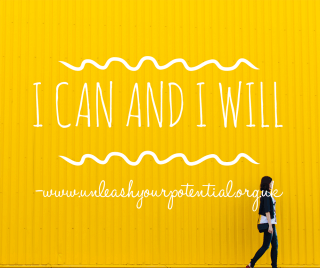 retirement, and stop procrastinating? At its core, willpower is the ‘ability to resist short-term temptations in order to meet long-term goals’.

On a recent NLP course one of our delegates said: “If only I was more self-discipline  …. I can keep the kids on the straight and narrow, I know what I SHOULD do …. I really want to reach my goal …. but I can’t discipline myself, I just don’t have the willpower – when I need it most, it escapes me!”

In 2011, 27 percent of people in a survey reported that lack of willpower was the most significant barrier to change. Other research reported widely suggests some ways in which willpower can, in fact, be strengthened with practice – I’m not convinced it’s that easy. The same research suggests that avoiding temptation is a good method – however for many of us that’s simply not realistic!

For me willpower is a more emotionally charged word for determination – if I’m determined I will achieve whatever I need to achieve. For some people this simple reframe is all that is needed to get them on track.

Is willpower a finite resource?

This is an interesting question. There was research in 1998 that says that willpower is a limited resource. If during the day you have to use a lot of willpower at work, there is an argument that you might come home and be a couch potato because all your willpower is gone (or is this simply an excuse for some people to use?!). The study said it took more effort to resist chocolate than radishes. When both groups were then give an unsolvable puzzle the people who had to resist radishes spent longer trying to solve the puzzle than the people who had to resist chocolate.

There has since been a number of ‘nul’ results on similar research. This means that they do not back up the original research. This would make sense to me because willpower is more complex than this.

One of the newer studies of a group of students saw a reduction in levels of procrastination and increase i results where students believed willpower is infinite (and not limited).

Is a lack of willpower the only reason you can’t achieve your goal?

No. There are so many things that will impact your ability to achieve your goal – from your habits, beliefs, values, past experience and more! These things in my view will have a powerful influence over your willpower. If you, for example believe that you cannot do something, it’s no surprise that you have little willpower to do the task. There is now research that shows how powerful your beliefs are around willpower. If you believe that willpower is unlimited you will more likely have more of it!

Whether you believe you can or you can’t, your absolutely right – Henry Ford

In addition to your beliefs, if you do not have a reason ‘why’ or the motivation to achieve something then this will equally impact on your success. Willpower is sometimes described as motivation.

Career coach Joanna Wells (taylorwells.com.au) explains that willpower is something you need to work on. It is like building muscles – if you do not use it you lose it. The most important  things to help you build willpower is a clear plan of where you want to go (i.e. clear objectives). Once you have committed to this goal – it is key to know that change will not be over night. You need to move step by step / day by day – and always remember your goal.

More Tips for making the most of your willpower …